The gloves came off and Tampa was treated to a killer night of music under the stars when the Incubus/Deftones tour rolled into town for a stop at the Mid-Florida Credit Union Amphitheater on August 13th. This show lived up to it's expectations in many ways. Having never seen either of the bands live before, I was pretty excited to see what they would bring on this night. I was not disappointed and left the show feeling like I had just witnessed an epic rock show.

There were four bands slated to play on the tour however, due to traffic in the Tampa area and an early 6:15 start time I was unable to make the first band play, The Bots. However, I did arrive in time to catch Death From Above 1979 hit the stage. This Canadian rock duo played a very impressive set consisting of guitar,drums and a synthesizer. Nothing more. Guitar player Jesse Keeler wailed on the strings while tossing his long black hair back and forth while drummer/singer Sebastien Grainger kept the groove flowing pulling double duty on vocals and drums. They were a great band to shoot and look forward to seeing these guys again.

After a quick set change Deftones hit the stage and from the moment of the first note of "Be Quiet and Drive" these Northern California rockers shook the stage.  Frontman Chino Moreno's ability to belt out the high notes all the while jumping around the stage made him a fun person to photograph. Adding backing vocals and holding down the back end was new bassist Sergio Vega whose vocal ability added a nice compliment to Moreno's wailing. Powering into "My Own Summer" and " Diamond Eyes " wound the energy up to such stratospheric levels that at times it seemed almost impossible to top. Moreno's vocals after awhile though began to sound strained and lost it's luster as they went into "Headup" and "Bored" and finishing with "Engine No. 9". 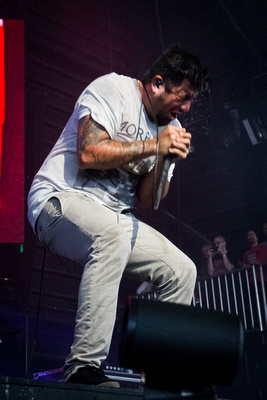 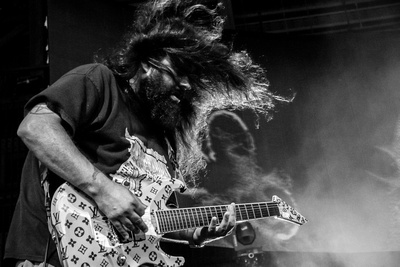 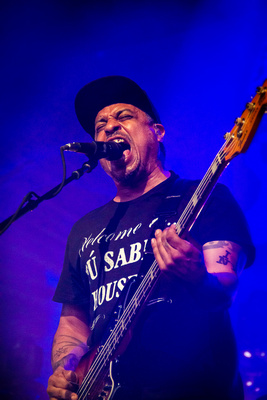 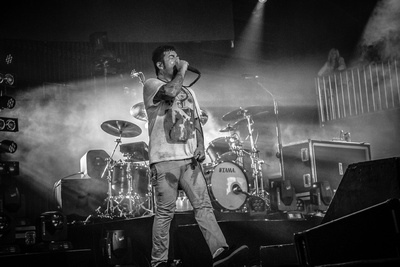 It's been a long time coming that I've wanted to see Incubus. Formed in 1991 while still in high school in Calabasas, California by singer Brandon Boyd and guitarist Mike Einziger these guys have had a number of hit singles and successful albums. Coming onto the national scene in 1999 with their album "Make Yourself" and it's single "Drive", the guys of Incubus never had a quick road to fame or success. There was a lot of hard work touring in vans and playing small, dark clubs before they even had a taste of success. Things really turned around in 2001 though when Incubus holed themselves up in a Malibu mansion and recorded what would eventually be titled "Morning View". This album spawned the radio hits "Wish You Were Here" and "Nice To Know You" and blasted the band into orbit. Fast forward to 2015 and several albums later Incubus released the first of two EP's to be released this year titled "Trust Fall (Side A)" with "Trust Fall (Side B)" due out later this year. This tour was in support of the Trust Fall EP. 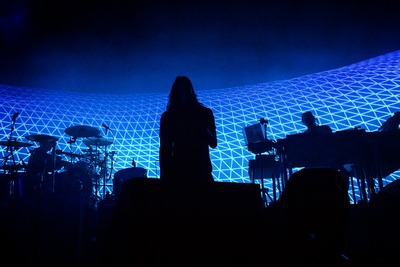 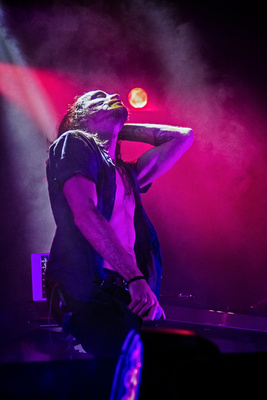 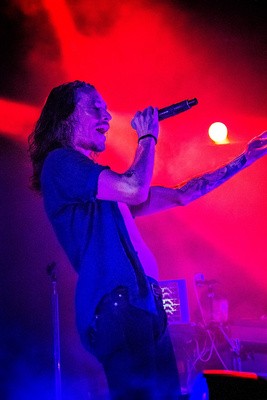 Lights go out  andthe crowd begins cheering wildly. The opening riffs of Einziger's guitar bring to life the music of the band's biggest hit "Wish You Were Here" when the lights flood the audience in bright white light. Instantly, I am taken back to living in San Diego when this song came out and am suddenly sitting on the seawall at sunset again while the last remaining rays of warm sunlight hit my face. Not a bad way to start a show. By the time photographers are allowed to get to the pit it is already 3 songs deep and Incubus bring out a new tune from Trust Fall called "Absolution Calling". I can suddenly see why this band has such a great following. Singer Brandon Boyd commands the stage like a field general striking a pose at every opportunity and just oozes rock star. Guitarist Mike Einziger plays some mind blowing riffs while barely lifting his head up from underneath his long hair. After "Absolution Calling" comes yet another great song off of Morning View with "Are You In".  As Boyd sings along he is bathed in lights of all colors. First green then yellow then red all the while surrounded in a sea of smoke which creates a very ethereal scene to match the light mood of the song. In fact, the best part of the night aside from Boyd's theatrics was the lighting. The set designer made excellent use of multicolored lights and a backdrop that showed random images throughout the show. It was great to be seated so far back as I was able to take in the entire show and it's theatrics. 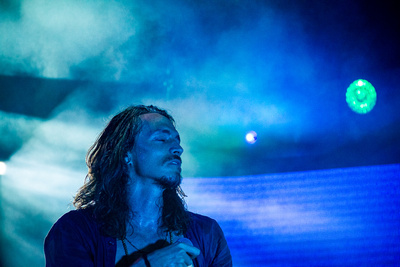 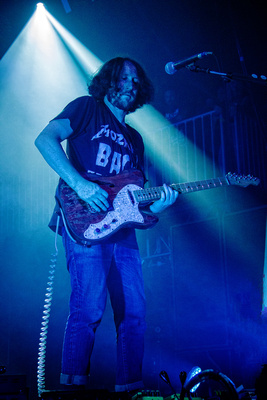 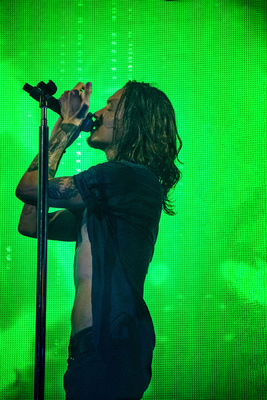 After meandering through the beautiful "In The Company of Wolves", Incubus shifted things back into high gear as they went into "Nice To Know You"at a lightning pace. Later in the set the lights went red and white as Einziger's guitar intro to "Megalomaniac" got the crowd frothing with the lyrics " Step down, step down" which some people hinted at the song being about former POTUS George Bush when it originally was released. In fact, this tune got banned from daytime MTV and was thrown into the late night rotation for it's perceived political message. "Dig", "Drive" and "Crow left of Murder" filled out the remainder of the set as the black clad patrons held their cell phones and lighters in the air demanding more. You know a concert is great when the last song gets played and it leaves you wanting more. Incubus put on a classic rock concert complete with lights, smoke and plenty of hard rock guitar to make me wanting more. Let's hope it's not another several years until they return to the Sunshine State.

For all the photos check out the slideshow below. 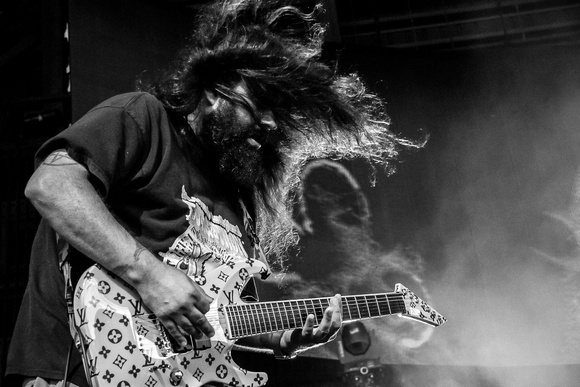 You can check out the complete setlist here:  http://www.setlist.fm/setlist/incubus/2015/midflorida-credit-union-amphitheatre-tampa-fl-43f7934b.html