It was a sweltering July night for the Flight of the Conchords, as the New Zealand duo of Brett McKenzie and Jermaine Clements brought their summer tour to Florida. This was the first time the FOTC had played to Florida in almost a decade and from the sold out crowd you knew that it was a much anticipated show.

In 1998 McKenzie met Clements while at University and developed a bond quickly. Fast forward to 2007 and the Conchords were given a show from HBO which was only on for two seasons. Despite the huge popularity of the show, the duo walked away from it and a handsome payday extension when the network tried to resign for a third season. The show had become "work" and the art of creating had begun to get lost. The Flight of the Conchords haven't done much since the show ended other then continue to tour here and there and bring their infectious humor with them. 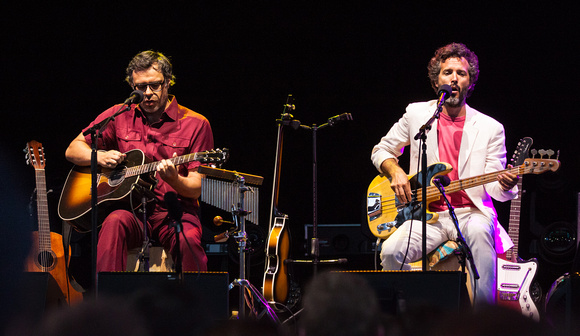 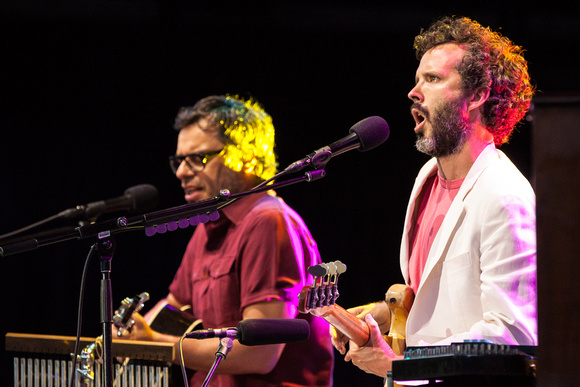 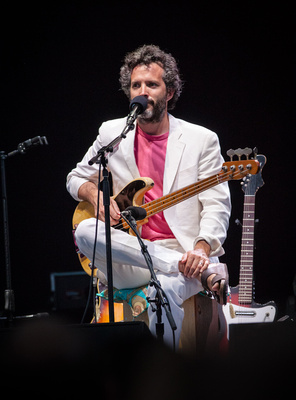 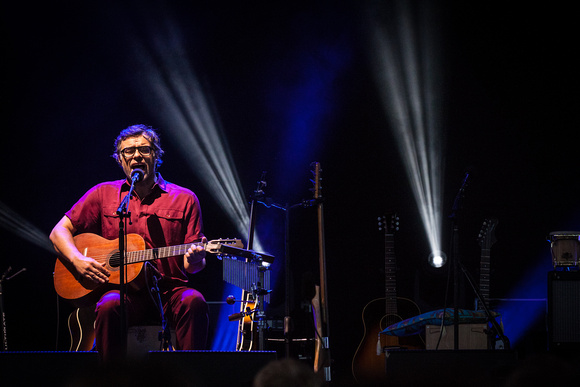 The show opened up with comic and Flight of the Conchords regular, Arj Barker who played Dave the pawn shop owner. Warming up the already sweaty crowd for 30 minutes, Barker delivered a strong delivery supported with personal anecdotes which received a lot of laughs.

The Conchords are known for their quirky sense of humor and their self deprecating approach but are probably best known for their music which was the backbone of their HBO show. This concert brought many of the fan favorites which were included on their first two albums as well as some new music the duo has been road testing this summer.  The songs though that received the greatest response were  fan favorites " Business Time" and " The Most Beautiful Girl (In the Room)" while the quirky " Robots" received a great response with the "binary breakdown". Throughout the night the band was joined by the "New Zealand Symphony Orchestra" which consisted soley of Cellist Nigil Collins as he supplemented the music with cello and bass. While the songs were catchy and laughable, the best parts were what was in between the songs. The duo have made a name for themselves with their witty banter which was on full display. At some point during the show Clements quipped that ," It was hot" and that " in New Zealand  people pay good money to sit in this kind of heat. But legally, they can only stay in it for 15 minutes" which drew a huge applause as it was literally a sauna down on the floor. There was a great fairness of music and comedy that kept the crowd engaged throughout the show and while the new material may have strayed a bit too long at times, the addition of older favorites kept the audience in check.

Full gallery can be seen here: