Supergroup The Prophets Of Rage brought their "Make America Rage Again" 2016 tour to St. Augustine for a head banging night of some hard core rock and roll. Formed from the ashes of 90's alternative rock favorites Rage Against The Machine, TPOR consists of bassist Tim Commerford, guitarist Tom Morello, drummer Brad Wilk and members of Public Enemy (Chuck D and DJ Lord) and Cypress Hill (B-Real). This show was an homage to days past when flannel and grunge ruled the airwaves.

Opening up the show was Commerford's punk trio Wakrat, whose hard core style filled the venue as fans slowly meandered around the floor. Wakrat played for a short 30 minutes which was more then enough for many due to the excessive volume. While it would have been enjoyable to hear what was being played, sadly it was not possible. As a result the floor was left virtually empty for their short set. 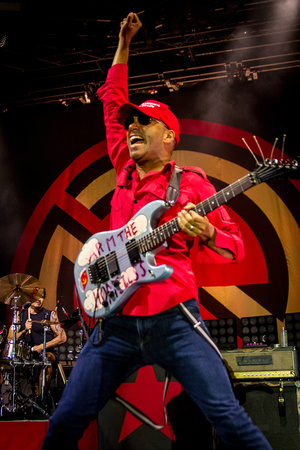 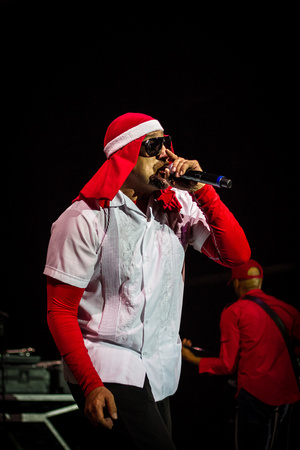 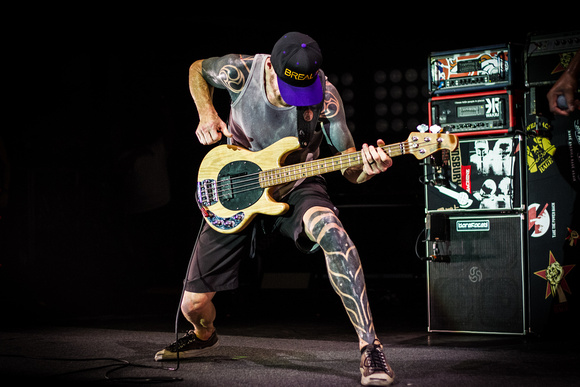 Following up Wakrat was LA based band, Awolnation who gave a tight performance to the many fans. It wasn't until late in their set where they broke out their hit song "Sail" which got everyone singing and finally settling down into the show. Front man Aaron Bruno provided a solid vocal performance complete with a beautiful lighting backdrop. Awolnation's electronic sounds filled the St. Augustine amphitheater as Bruno had the crowd chanting and singing along while drummer Issac Carpenter put on a solid display performing the entire set with one giant smile. Guitarist Zach Irons was bouncing around dancing in and out of the shadows amidst several solos that drove the fans crazy. After a solid 45 minute set, the table had been set for some "in your face" rock and roll but first came a quick 15 minute set from DJ Lord of Public Enemy. While his set was short, it was made memorable by some great rock classics mashed together to get the crowd singing and dancing. 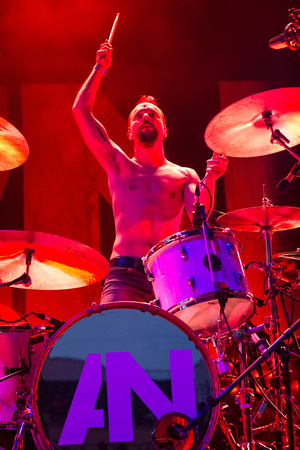 The lights dimmed and slowly walking out were The Prophets Of Rage. From the first notes of "Guerilla Radio", it was obvious that this band came to kick ass and take names. Blistering through a heavy RATM setlist, the Prophets of Rage proved that good music never dies. Despite the obvious lack of RATM lead singer Zach de la Rocha's vocals, both Chuck D and B-Real did a strong job of holding the lyrical portion down and honestly, the band was so fired up as were the crowd that Micky Mouse could have been singing and it would not have mattered. The smashmouth force of the music hit you like a ton of bricks. Morello's blistering guitar work is the stuff that many aspiring young guitarist's look up to and he brought it. Additionally, it was clear that Morello was having a great time being very animated throughout the set raising his fist and shouting at the crowd. The set consisted of many RATM anthems such as "Killing In The Name Of", "Testify" , and " Calm Like a Bomb" but a great segue happened mid show when B-Real and Chuck D did a mashup of Public Enemy/Cypress Hill songs "Hand on the Pump/Cant Truss It/Insane in the Brain/Bring the Noise/I Aint Going Out Like That" and got out into the crowd to sing which was quite good. All in all, this show was a fantastic one from many perspectives and certainly one of the best I've had the pleasure of shooting in a long while. Let's all hope that The Prophets Of Rage keep the music coming and that this wasn't a one off tour. 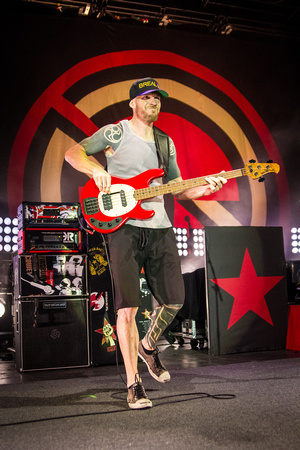 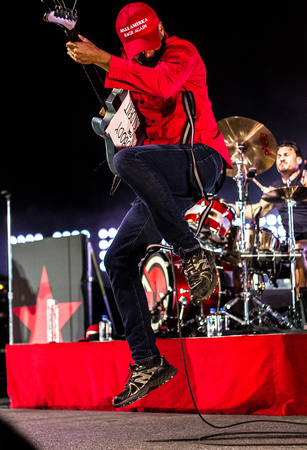 You can see the full gallery here: 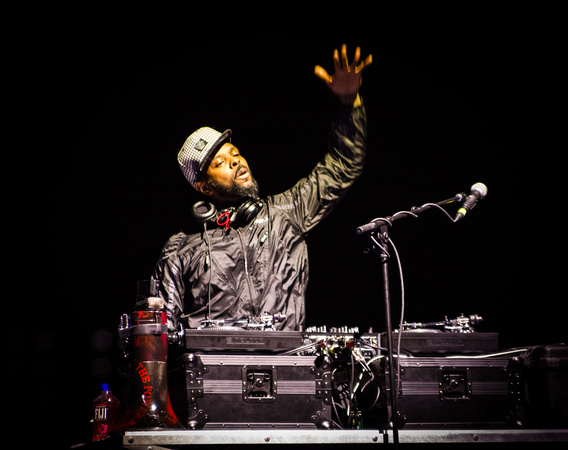