The Counting Crows have a religious following. They are the kind of band that once you see them once, you'll be back to see them again. On August 2 the Counting Crows brought their roadshow to Florida with a stop at arguably Florida's best outdoor venue, the St. Augustine Amphitheater. Situated mere steps from the Atlantic Ocean it is here where you can camp at Anastasia State Park right next door and walk to the concert or even stay at your campsite and listen to the show.Opening up the show was Citizen Cope aka Clarence Greenwood, who brought his full band with him for some bluesy soul rock that received a very nice welcome. Ordinarily, Cope could and does headline shows himself but being a warm up act for such a beloved band as  the Counting Crows is a tremendous honor. Citizen Cope only played for about an hour set and photographers were not allowed to shoot his set therefore there are no pictures to accompany this entry.

Once Cope's set was done after a quick set change Counting Crows hit the stage at 8:15 to a rousing reception from the St. Augustine crowd. Photographer's were allowed to shoot the first 3 songs from the seated pit but that meant all shots were from the side stage area so as not to block seated patrons view. After the first 3 songs however, we were free to roam the venue and shoot from elsewhere inside except the pit.

Originally starting out as just a duo in the San Francisco Bay Area in 1991 by singer Adam Duritz and guitarist David Bryson, The Counting Crows eventually evolved to become a full fledged rock band. Their 1993 debut album "August and Everything After" has sold over 20 million albums and spawned the hit song" Mr. Jones" which brought the band to rock radio. This was a night the band catered to a lot of it's older and more popular material which seemed to satisfy the crowds appetite. Things opened up with three older songs right out of the gate with "Sullivan Street" " Scarecrow" and  their 1993 breakthrough hit " Mr. Jones". Once done with those they were not done with the older stuff however and we were treated to a great version of "Omaha" and " Mrs. Potter's Lullaby". Having never seen or shot Counting Crows before I was captivated by the bands energy and how they just seemed to get along so well together and looked like they were having a great time the entire show. This made for some great images as well as memories for the audience.  Arguably, the best part of the show was when the house lights dimmed and there sat Adam Duritz alone at the piano with nothing but a lone spotlight on top of him. Then the chords to "Long December" begin and the crowd cheers loudly while he starts the opening verse. There is something that resonates in this song with me when the words "It's been so long since I've seen the ocean, I think I should" get sung. I am not alone in this feeling. It is something that is clearly felt by others as well. 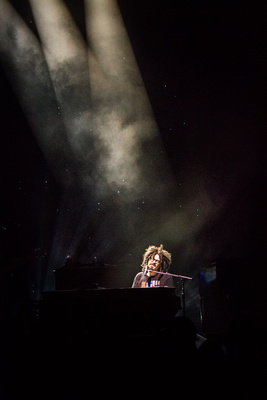 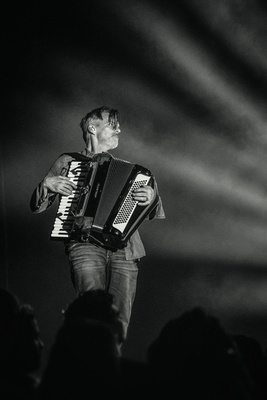 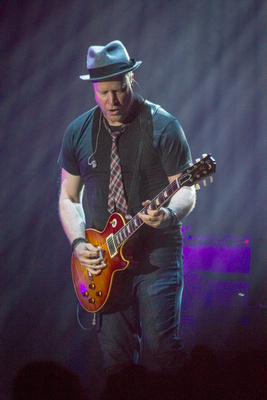 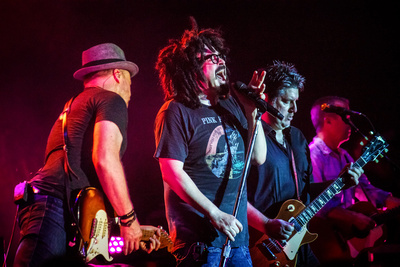 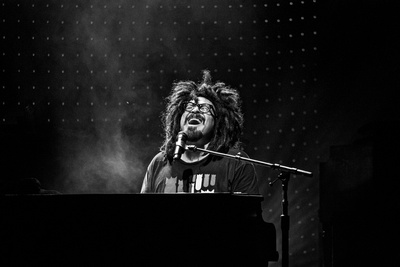 "Hanginaround" closes out the first set and after a quick encore break the boys come back out for the encore. Prior to beginning, Duritz begins to read to the audience and thank the great people of the St. Augustine/Jacksonville area who have always been so nice to the band over the years. It's at this point in their shows where Duritz informs the audience of local charities that could use help. After some quick banter about a local domestic abuse safe house, Counting Crows launch into "Palisades Park" and "Rain King which gets a tremendous applause as it is played a bit differently then the original but no less fun and comes in at 8 minutes. Duritz gets the crowd singing "I belong in the service of the king" as he turns the microphone towards the audience to hear them sing. It's quite a moment. Finally, as all shows do, this concert must come to an end and things are brought down for the final song "Holiday in Spain" which is a nice way to end the show. It's no secret that Counting Crows really enjoy this venue as they have played here many times prior but they make it a point to tell the audience this and that they will definitely be back. This tour is the band's longest in a few years and will take them across the U.S through middle of October. 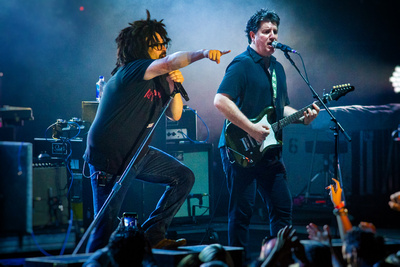 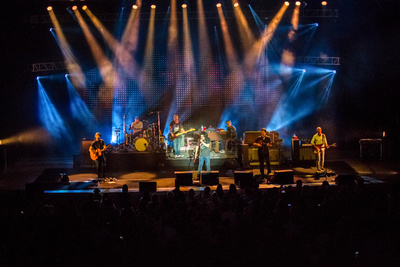 For the full set of photos check out the slideshow below 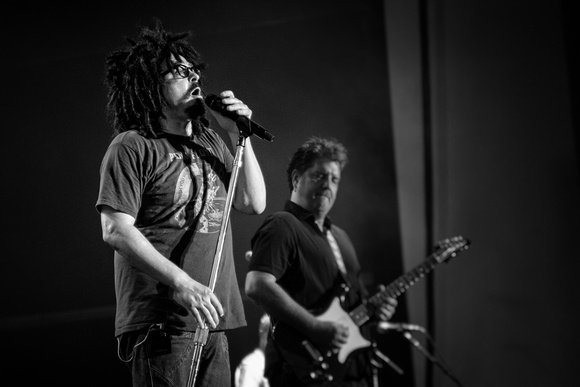 Check out the full setlist here:http://www.setlist.fm/setlist/counting-crows/2015/st-augustine-amphitheatre-st-augustine-fl-6bf64ac2.html