Celebrating 27 years as a band this summer, 311 hit up St. Augustine Amphitheater in the middle of their summer tour in support of their twelfth album "Mosaic" which debuted earlier this year. With a career spanning almost three decades, it may come as a surprise to many that 311 continue to tour but make no mistake about it, these boys are still throwing it down with a mix of high energy music and a plethora of stage charisma that still make them an amazing live act to see. Pulling into St. Augustine in the height of summer can be a tough gig for many acts. The heat and humidity reach levels that most never experience outside of Florida. However, Mother Nature gave those in attendance a reprieve as  the temperature was pleasant and the rain was kept at bay.

Walking out of the dark wearing his flying V guitar, singer Nick Hexum came onstage for the opening tune "Perfect Situation" off of "Mosaic" and the band was off to a flying start. Both Hexum and bassist, P-nut were animated all night long sticking out their tongues and bouncing around while lead guitarist Tim Mahoney did his best Angus Young impersonation tossing his long hair around. The crowd was into it and gave as much energy back to the band throughout the show. While playing many new tunes off of "Mosaic", 311 delivered a steady stream of older , radio friendly tunes for those who were just casual fans. "All Mixed Up", " Come Original", and  90's alternative hit "Amber" were played without much variance from their original album form. "Mosaic" has some very catchy tunes and does not deviate from the 311 formula which has made them so popular over the years. The opener "Perfect Situation" was a great way to introduce the crowd to a new song while still setting the hook for a catchy tune to get everyone's interest. Other songs that clung onto the catchy pop vibe were "Too Much To Think", and " 'Til the City's On Fire" with its "raise your glasses, strike your matches, burn, burn, burn" lyrics. 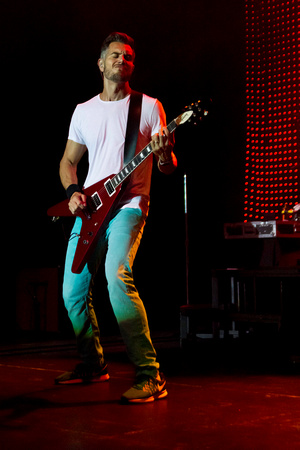 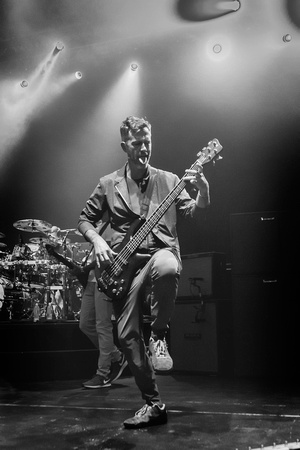 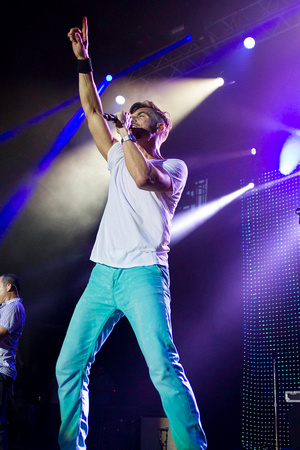 Anyone who has ever been to a 311 show knows that there are three things that happen at each show. One, you will hear a P-Nut bass solo which will melt your mind and tonight's was no exception! Two, you will hear a drum solo that will segue into a collaborative group drum off and three, you will hear "Amber".  The bass solo was quick yet soulful and while most times a bass solo would have people scrambling for a restroom break, P-Nut showed his bass prowess with some skillful slapping while still working in a cover tune meshing in the theme song from the Netflix series "Stranger Things". Looking around I could see people's attention hanging on every bass note. Later in the set drummer Tim Mahoney did a nice little solo which segued right into the whole 311 band walking back onstage with their own drum which went right into a group drumming session. Similar to a football marching band, each member played in synch and each had their own part to create a very cool jam.

Playing a solid 2+ hour, 23 song set, the encore featured a nice 3 songs wrapping things up with "Livin' & Rockin'", " Don't Stay Home" and finally an energy packed "Down" to wrap it up. 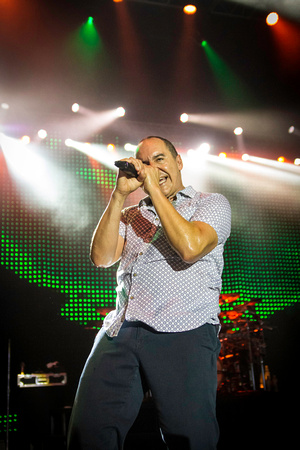 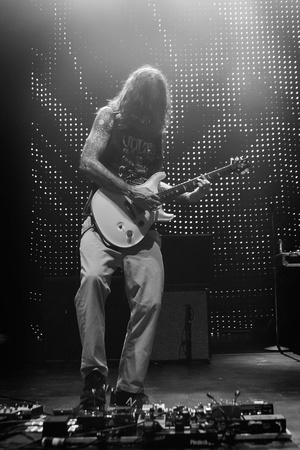 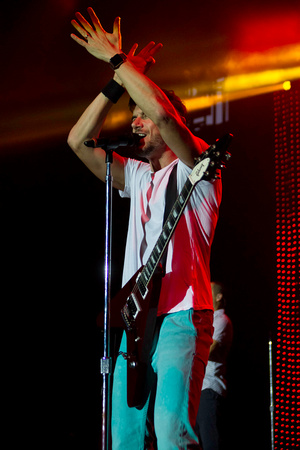 I was happy to see 311 return back to the St. Augustine Amphitheater again after playing here so many years in a row. With the opening of the new Daily's place Amphitheater in Jacksonville, I was concerned that it would draw the major acts away but it's good to see that that hasn't been the case this summer.  Be sure to check out 311 on tour in a town near you where they will be swinging out West and wrapping things up in early September and be sure to check out the new album "Mosaic", available at all online retailers. 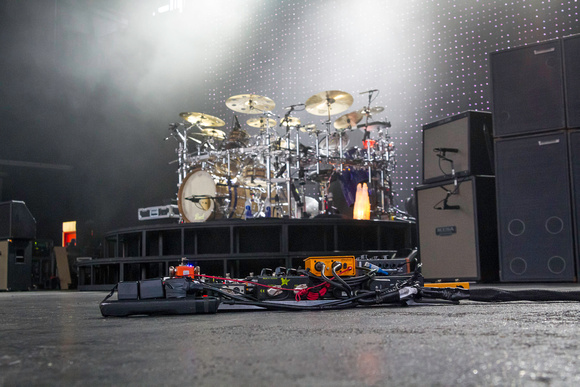