It had been four years since Sarah McLachlan's last visit to Florida as she quipped about still not having a new album out since then. Playing to a virtual sell out crowd at Clearwater's Ruth Eckerd Hall, it was billed as "An Evening with Sarah McLachlan" which meant no openers and no big production. What it did mean however, was just her music as raw as I've ever heard it. Touring with multi instrumentalist Vanessa Freebairn-Smith, who is a founding member of LA based Sonos Quartet, the duo shared the stage for much of the night playing McLachlan's songs stripped down to bare bones. This environment provided a unique way for the singer to interact with the crowd in an intimate fashion allowing for many stories and interludes between songs which gave new meaning to many of the older songs. Getting things underway , McLachlan opened with herself on piano as she came out of the gates and played two of her most famous songs of "Possession" and "I will Remember You" for which she wrote for the 1995 film "The Brothers Mcmullen" soundtrack. Playing songs from across her entire catalog but leaning more on her earlier efforts, McLachlan zig zagged in between tear evoking melodies and gorgeous piano arrangements while still providing a concert experience. The addition of Fairburn-Smith's musicianship provided luscious cello accompaniment as well as complimenting McLachlan's vocals in a subtle yet resonating way. Just the two playing off of each other made for one hell of a show.  It was difficult to not be moved by much of the beauty that was played as the Ruth Eckerd Hall provided some of the best acoustics allowing you to hear every little nuance. Music is the great equalizer in life and transcends all ages and races, as cliche as that may be. 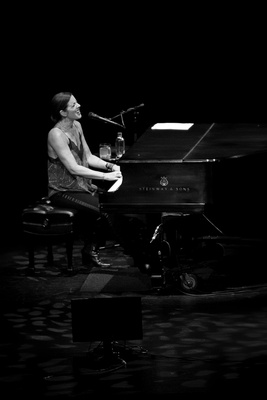 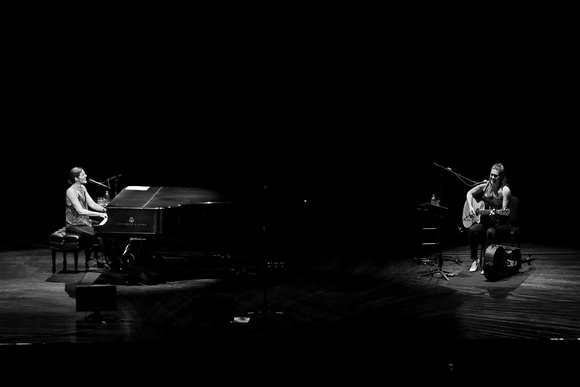 A highlight of the night was the elegant version of "Sweet Surrender" played solely on piano. Contrasting the album version, this one was delicate and quiet and allowed the listener to focus on every note and lyric like never before. Additionally, the ever popular "Ice Cream" was a crowd favorite sing along.  Proceeds from every ticket went to the Sarah McLachlan School of Music which was started in 2002 in Vancouver as a way of providing music to the youth of today.

Setlist can be found here