It was a perfect night for some live music at the oh-so-comfy St. Augustine Amphitheater as London based indie group Bastille and L.A. Based Mondo Cozmo shared the stage for a night of music that had everyone dancing. 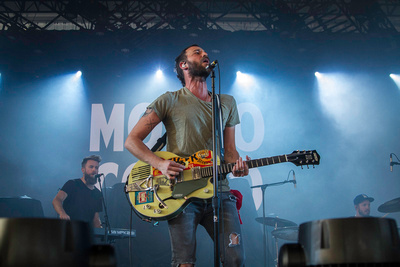 Los Angeles band Mondo Cozmo took the stage first and did not disappoint from the first note. Playing a mix of high energy tunes that had the crowd warmed up, infused with some personal life anecdotes from singer Josh Ostrander. Though the set was a short 8 songs it infused some much needed high energy into the lackadaisical crowd as they slowly filled the 4100 seat venue. With songs such as "Chemical Dream" and a brilliant cover of The Verve's hit "Bittersweet Symphony" , Mondo Cozmo created some new fans and certainly deserve to be the headliners in their own outright. 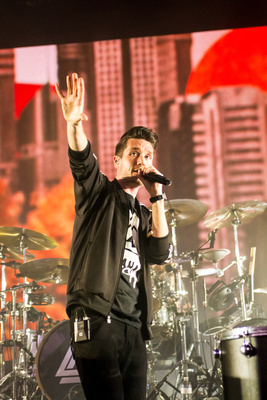 As the lights went, out a screen showing a fake news commentator from the fictional Wide World News Network began speaking as the band walked onstage. With the first notes of  "Send them Off" hitting the beach air, the crowd was shown a brilliant display of lights and videos that would normally be used in a much larger venue. Hands were raised into the air and the people were dancing. Singer Dan Evans danced and encouraged everyone to do the same and they obliged. Highlights of the night included the hits "Bad Blood" and " Things We Left In The Fire" while the encore featured the return of opener, Mondo Cozmo to the stage to help with vocals on Bastille's worldwide hit "Pompeii". 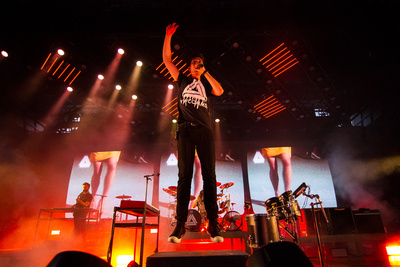 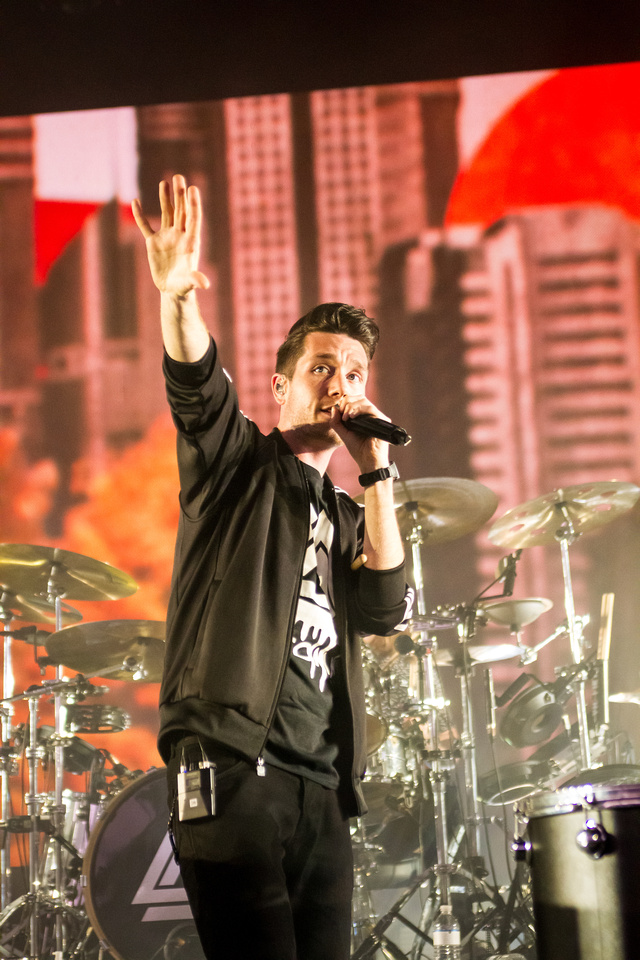