It has been 36 years since the initial release of "Sultans Of Swing" when the world first took note of yet another young English guitar phenom by the name of Mark Knopfler and his band Dire Straits. At the height of their success, Dire Straits was without a doubt one of the biggest rock acts in the world after the release of the 1985 mega hit album "Brothers In Arms" which made us all "want our MTV". However, just like with any super successful band of it's time, the point came when it would no longer ride the wave of success and eventually fall apart. Dire Straits dissolved in the early 90's as Knopfler took some time off and began working on some solo material. 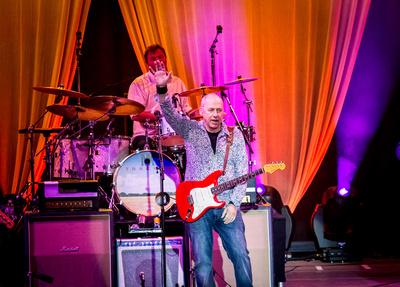 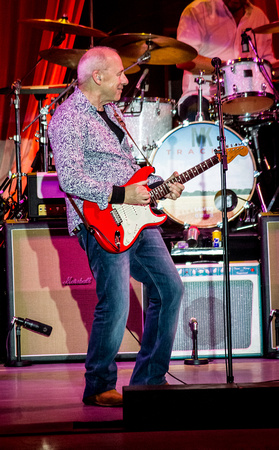 On Tuesday night Knopfler brought his 2015 "Tracker" North America Tour to the St. Augustine Amphitheater for a show billed as "An Evening With Mark Knopfler". With over 30 years worth of material to draw from it is difficult to decide what to play but this show catered mainly to his post Dire Straits solo work much to the disappointment of many fans I overheard grumbling.

Drawing heavily off of his 8th studio album "Tracker", Knopfler brought with him several very talented musicians to accompany him on the road. While being billed as an "Evening With..." it was clearly a group effort and Knopfler gave each of the band members time to shine as he stood quietly nearby and even giving them an eight minute introduction.

The show got started with the mellow "Broken Bones" followed by "Corned Beef City" as the band eased their way into more familiar territory. Despite these beautifully played songs you could tell the audience was pining for more then what was being served. It wasn't until the 8th song where Knopfler broke out his National Resonator guitar (Brothers In Arms album cover) to play a gorgeous "Romeo and Juliet" to the cheers from the audience. It was clear that this was what everyone was hoping to hear despite the wonderful solo material being performed.

With the first chords of "Sultans Of Swing" the crowd erupted with loud cheers and whistles. The amphitheater was clearly re-energized as this rock staple was jammed out with the famous guitar solo played on every classic rock station in the country making it look easy with nothing more then a mild shoulder shrug as he hit the high notes.

A highlight of the night was the "Postcards From Paraguay" off of 2006's "Shangri-La" album that really showcased the band's various talents with mandolin and penny whistle being front and center. "On Every Street" came next and Knopfler explained to the crowd that he wanted to play a song that displayed his amazing saxophone player's skills which is a song that he hadn't been playing for the last 23 years from Dire Straits last album in 1991 of the same name. A sax-centric song that slowly builds up to the catchy guitar rhythm of Knopler building over the course of four minutes.

"Speedway at Nazareth" followed with another slow buildup into frenetic energy that closed out the first set. The quiet interludes and sweet melodies that give way to boisterous guitar solos.

As much as the music was enjoyed you could tell it still fell short of the the audience's expectations. This was not a night to relive the glory of rock n' roll past but rather to enjoy the music of a new beginning. While the hit "So Far Away" closed out the show in the encore, it still left you wanting more. Perhaps Knopfler has been doing this far too long or simply he was set on playing what he wanted regardless of the audience. Either way it was a laid back affair and maybe that is the sign of a good show where you leave wanting more. 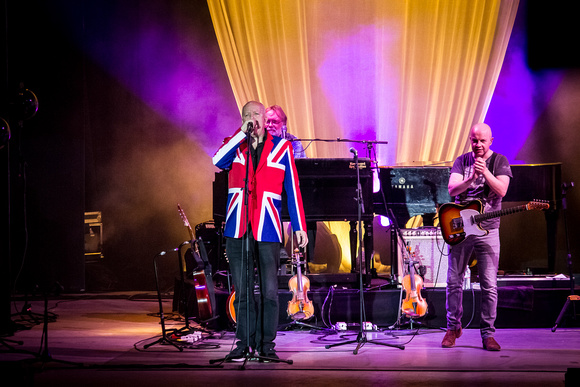