It isn't often that Irish singer Damien Rice plays the U.S. It's even more rare that he play Florida but that is just what happened as he kicked off a very short 6 date theater tour through the Southeastern U.S. hitting Tampa on his way north for a show at the historic Tampa Theatre on November 9. Built as a vaudeville movie theater back in the 1920's, the Tampa Theatre showcases some of the most ornate architecture from that era in all of the United States. Garish gargoyles perch overhead while lights simulate stars in the ceiling and it is listed by the Motion Picture Association of America among one of the top ten theaters in the entire world. That's quite the distinction. However, the real honor was the show delivered by Rice as he belted out his soul for over 2 hours of emotionally draining music to the sold out crowd. 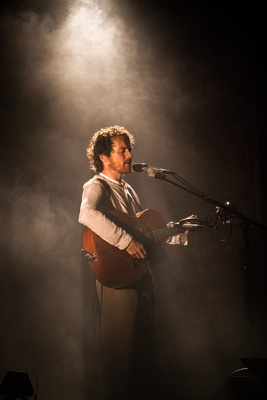 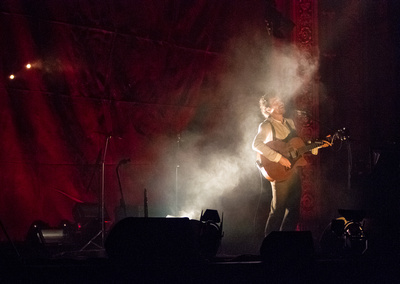 Coming off of a several year hiatus of live performances, 2014 brought the release of his latest effort "Favorite Faded Fantasy" which has been met with critical praise. The Rick Rubin produced album (best known for his work with Beastie Boys, No Doubt, Red Hot Chili Peppers) follows in the familiar footsteps of previous albums yet finds new territory that stretches Rice's songwriting and vocal skills. The show consisted of much of this album plus many of his older favorites that gave the attentive crowd everything that they had hoped for and more. I admit that I was skeptical as to how Mr. Rice would pull off the lush sounds of his albums that are filled with beautiful strings while playing solo. However, my fears were quickly swept aside employing many tactics such as looping pedals and multiple instruments throughout the show. The effect was in essence, a one man band that left the audience hanging on every note. What was most impressing was the attention of the audience where at several times you could hear a pin drop. Lacking was the scattered white glow of cell phones on record throughout the audience and whispered chatter. It was clear that this was Rice's night.

Despite not being too chatty with the crowd it was clear that all of his energy was going into this performance. Highlights of the night included crowd favorite "Blower's Daughter" and the new tune " Trusty and True" that showcased his pedal organ skills and made it feel more like attending church then a concert as he sang bathed in smoke and back light and "Colour Me In" with the catchy "Come Let me Love You" lyrics.

The lighting throughout the night was a very simple scheme yet powerful. A few spotlight with smoke created a very moody and dramatic atmosphere that accompanied the music being played. Other highlights of the night included "Volcano" which divided the audience into thirds in a choral round while Rice sang over the top. The result was a very melodic merry go round effect that just kept going and going. 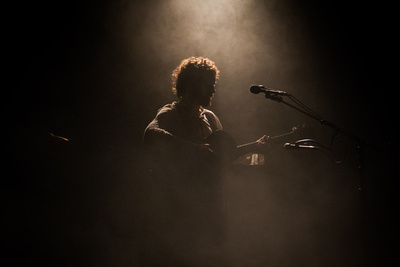 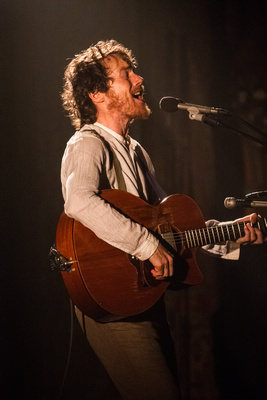 The encore opened with the quiet "Delicate" then he brought out Scandinavian duo "My Bubba" to sing a tune and then that's when the real fireworks began as "It Takes A Lot To Know A Man" concluded the show. This was an epic show closer as it began as a quiet ditty with clarinet and organ peddle and rose to a drum thrashing and crashing climax some 8 minutes later. There was nobody left sitting as the seats emptied for a standing ovation to this performance. By this time it was obvious that Damien Rice had left everything he had in the music and was tapped out. With a solemn bow he was greeted with roaring applause and disappeared into the darkness. Despite being a one man band, it was clear that he held the audience in the palm of his hand all night long right where he wanted them to be. 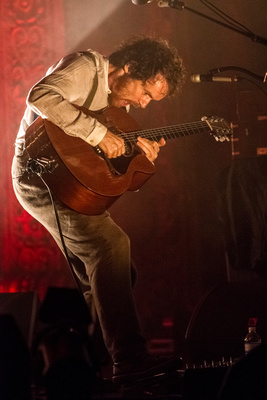 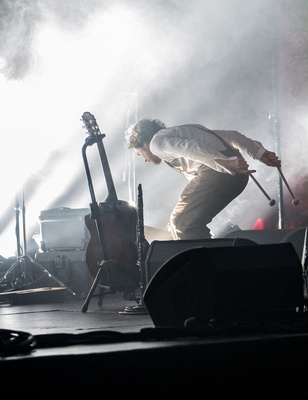 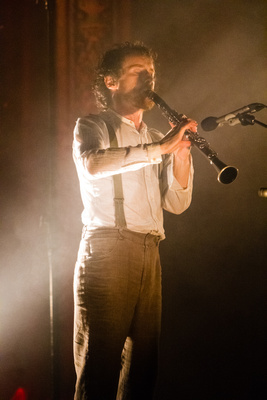 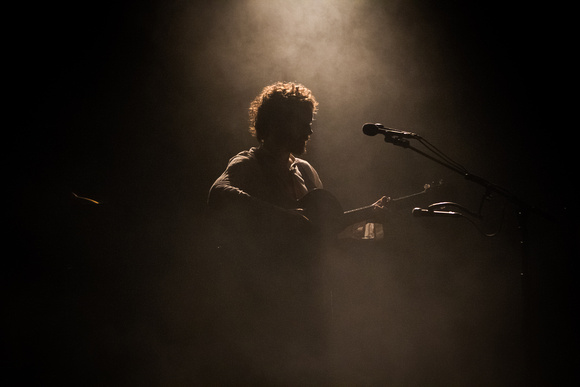