Michael Franti and Spearhead have been touring for many years but it wasn't until 2008's release of " All Rebel Rocker's" that Franti and Co. came into the mainstream with the single 'Say hey (I Love You)'. From there it has been a steady stream of near constant touring with periodic studio albums intermingled. With so much time on the road over the years, Franti needed a way to keep healthy and sane and was introduced to yoga and meditation.  It was with this concept of fusing music and yoga that birthed the Soulshine Tour. Each stop on the Soulshine Tour starts off with an hour yoga session accompanied by live acoustic performance by Michael Franti. Around 400 people showed up in St. Augustine for the session which overflowed the pit section with wall to wall mattes. The air was thick as mud and when mixed with the high temperature turned the session into an impromptu bikram class. However, despite the uncomfortable conditions there were many laughs and a great time was had by all. Joining Michael Franti on the Soulshine Tour this year were indie-reggae artist Trevor Hall, neo-folk singer Brett Dennen and rock infused reggae SOJA. Both Hall and Dennen delivered 30 quick 30 minute sets that were both well received. However, you could tell both artists were struggling with the late afternoon conditions. When prompted for "more" by the fans both artists promptly retired to the air conditioned oasis backstage.

D.C. based SOJA opened up their set with a solid 60+ minutes of their reggae infused rock which was certainly one of the highlights of the evening. Of note was a drum line where all members of the band played various sized drums resulting in one of the coolest drum jams I have ever seen. I've had the privilege to shoot SOJA before as an opening act for John Butler Trio and they certainly delivered the goods once more and had the crowd fired up by the time Franti took the stage. 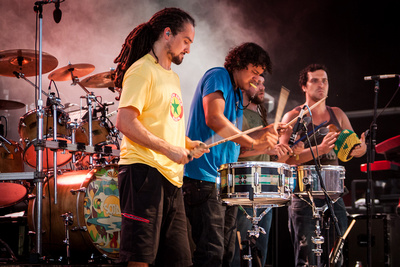 Standing at 6'6" , the towering Franti walked onstage barefoot accompanied by his acoustic guitar. The set had a mix of stage banter thrown in between the music which added a touch of personalization to the performance. Michael Franti is not shy to engage with his many fans on a personal level and shared his love of kids as well. At one point he was down in the pit on the railing giving hugs and high five's to the many fans as well as at one point running up to the very top of the amphitheater to sing and engage which included getting the security personnel to bust into dance. By the time the hit song "Sound of Sunshine" was played 15-20 beach balls suddenly appeared and were flying throughout the lower pavilion in unison to the music. Prior to the song a young girl was brought onstage to sing along which was a great treat for her. The night was filled with all of his hits including "Say hey (I Love You)" , "11:59" , "Life is Better With You" and "Sound of Sunshine". The staff were very courteous and photography friendly by allowing free roam of the show for the duration of the show as opposed to the typical 3 and out that is the concert standard. We were allowed to come and go from the pit and walk around everywhere to capture some really great energy. Many bands do not even warm up until middle of the set and you typically come away with mediocre shots when only allowed to shoot first 3 songs. In the end, the Soushine Tour was a definitive success and not only did Michael Franti create a new fan in myself but also in the many others who were present. Until next year! 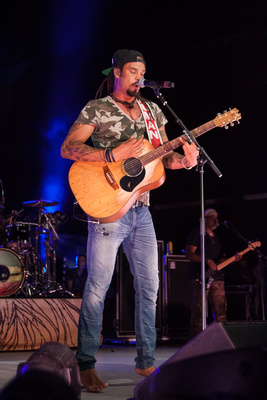 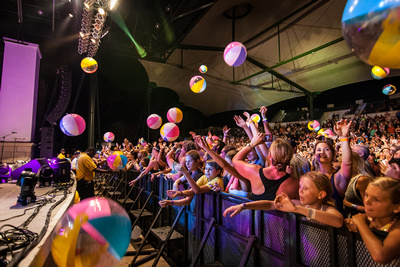 For the entire gallery you can check it out here 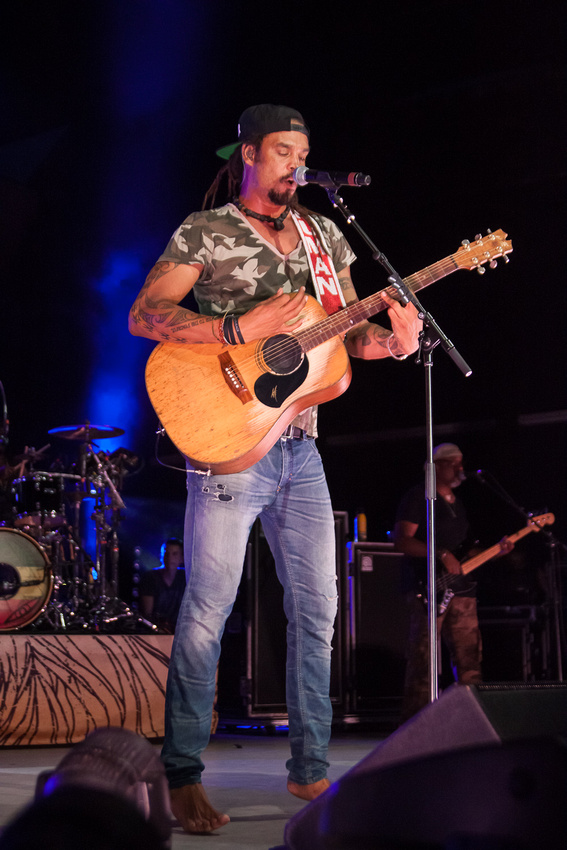