The Goo Goo Dolls rolled into the St. Augustine Amphitheater along with Daughtry and Plain White T's for a show on June 19. The weather was sublime and the crowd energetic as all three bands put on a very enthusiastic and entertaining show. St. Augustine lies right on the ocean and as such the humidity level was over the top for the night. Unlike any other show that I have shot so far the crowd barrier was moved up almost directly to the stage allowing the crowd to become quite intimate with all the bands. This proved to be a limiting factor during the 3 song set we were allowed to shoot. There was very little room to move about and you also had to stay out of the way of the crowd who were pushed right up to the stage. Typically, I prefer to get some shots from one side of the stage and then move towards the other focusing on various band members as I go. This was different. I basically had to find a decent spot where I would be able to shoot both sides from one location. The humidity was so thick and sticky that I walked out of the pit after just 3 songs soaking wet.

The Plain White T's took the stage to an enthusiastic crowd response and applause. The Chicago based band has been on the scene for awhile now and played a solid 40 minute set playing all of their hit songs including "Hey There Delilah" and "1,2,3,4" which got the slowly forming crowd singing along to it's pleasant lyrics.

Taking middle billing was Season 5 American Idol Finalist Chris Daughtry and his band Daughtry. The minute they came onstage it was as if a bolt of lightning had struck the venue. Compared to the Plain White T's set which was mostly happy sing-along music, Daughtry's was in your face rock from the moment of the first note. Coming out of the gates right away Chris Daughtry proved to be a force to be reckoned with. He had all the things that make a great front man. Charisma, energy, voice and stage presence. From the instant they came out on stage you knew they were here to put on a rock show. I enjoyed shooting this band very much as there was a lot to take in and a lot of energy and emotion to be captured. After my shoot I could still hear the crowd screaming for the duration of their 60 minute set. I admittedly knew nothing of their music but was very pleasantly surprised by the show they put on.

Finally, Buffalo's own Goo Goo Dolls took top bill. By the time they were ready to play, the crowd had already been worked up into a tizzy. John Rzeznik and crew ran onstage diving straight into their set as lights blasted the crowd with the first opening chords. Their 1998 hit song "Slide" was played second and immediately you could tell this was going to be a great night of music. Of note was the banter of Rzeznik to the crowd in between songs and how he loved to watch soccer in Spanish because it was so much more enjoyable that way. Spanish announcers have so much more enthusiasm for soccer then elsewhere in the world. They also played a new song which included lyrics popping up on a giant screen behind the band as they were sung. Rzeznik also spoke about the first time he heard his song "Name" on the radio and how he felt and how he immediately quit "his crappy job". The weather was sublime and Rzeznik said it perfectly stating that "This is what summer was all about".  Saving the best for last, The Goo Goo Dolls played out their mega-hit "Iris" from 1998's City of Angels to send the crowd off with a smile on their faces. 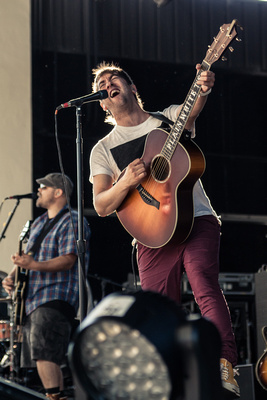 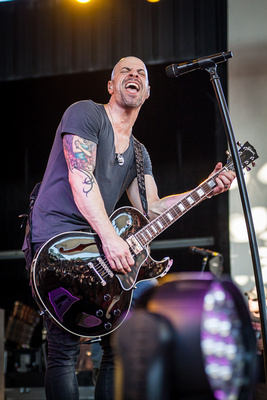 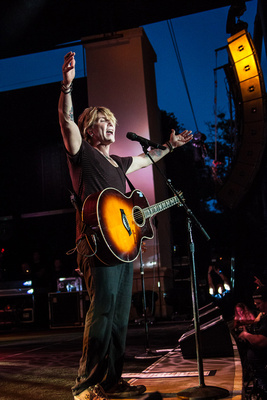 For the full gallery of all bands check it out here 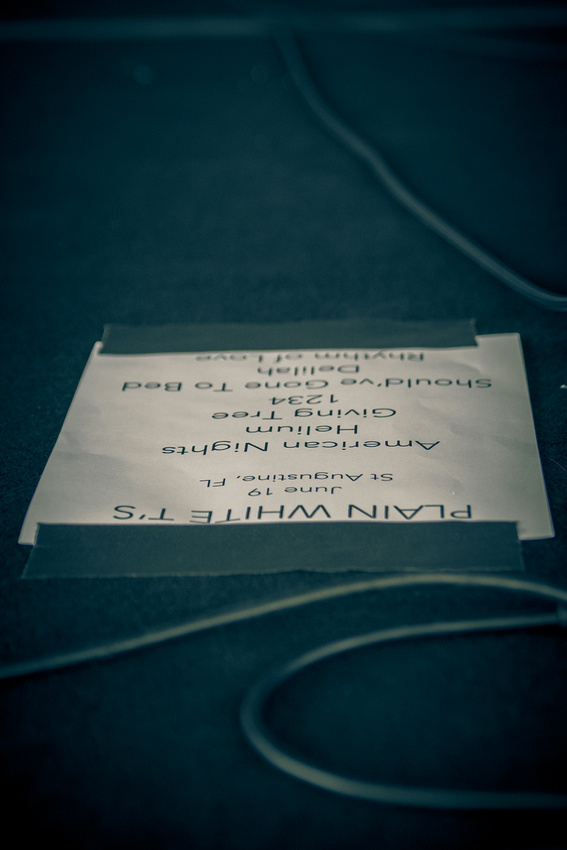