The Summerland 2014 Tour featuring Everclear rolled into Ocala for a show at the Bubba Speedway. Early names for it were "The Wetlands Tour" and I'll be honest with you I was REALLY surprised to hear this tour was coming through Ocala. Yet somehow, the show was booked in big part to a local radio station and as a result we were given a great time. I was not able to catch the early part of the show and missed both Spacehog and Eve 6's set due to a scheduling conflict. However, it proved to be a blessing as the clouds rolled in and the concert was put on hiatus as a vicious rain and lightning storm hit the venue. This was the second stop on the tour and the opening night in St. Pete had other weather related difficulties. I arrived just in time to catch Soul Asylum hit the stage with an energy that I was pleasantly surprised to see. The rain and weather turned quite a few people away and the field was left pretty empty expect a few hundred hardcore fans. There was some doubt as to how the bands would react and how they would play to such a small and seemingly at times apathetic crowd. However, they came out and rocked the remaining crowd as if they were playing the field at Wembley Stadium.

The tour got it's name from an Everclear song that is based on a place in California just south of Santa Barbara. According to a recent Entertainment Weekly article, Art Alexakis says that it was called "Summerland" after a big yellow house that you pass along highway 101 heading north from LA up to Santa Barbara. It was a place that evoked images of sand and beach and eternal sunshine. A name that is fitting for in fact a summer tour.

Soul Asylum started off their short 30 minute set with lead singer Dave Pirner running and jumping around on stage as if the ghost of Neil Young had inhabited his body. Playing all of their best known songs including "Runaway Train", the energy was palpable which set the stage for Everclear to follow.

Everclear's set began with a single accordion and a crowd sing along to their best known song " Santa Monica". From there the band jumped into full electric and was off to the races. One of the most enjoyable parts of Everclear's set was watching bassist Freddy Herrera jump around and manhandle his bass. It would be difficult to not fault Everclear for not playing up to their full potential because of the small crowd and day's events but watching Freddy and Art play around together on stage was simply entertaining. I had not realized just how many popular songs Everclear had and with each song that got played I was thinking    "Oh yeah I know this one". Lead singer and song writer Art Alexakis spoke on numerous occasions to the crowd in between songs about just how thankful he was to be playing and doing what he loves to do. He also thanked everyone for bringing their kids as it was Father's Day and it was good to see so many kids in the crowd. With the weather hinting at another cancelled show, Art thanked the crowd for sticking around and pledged to put on a "good old fashioned rock n' roll show". They did not disappoint. For this show I was allowed pit access to shoot the sets but when I arrived I was slightly disappointed to see that there was in fact no pit. The crowd was pushed right up to the stage. As a result, my only decent vantage point was to shoot from side stage. However, I was happy to get some keepers and capture some of the energy that was being expended. Be sure to check out The Summerland Tour featuring Everclear in your neck of the woods this summer. 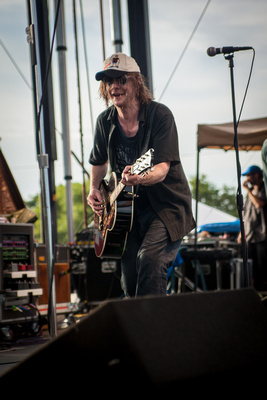 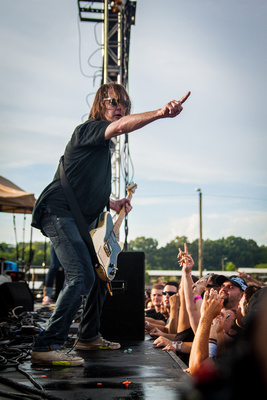 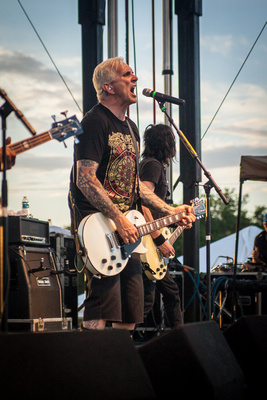 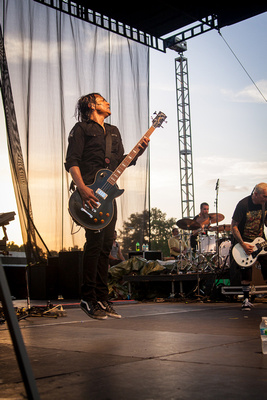 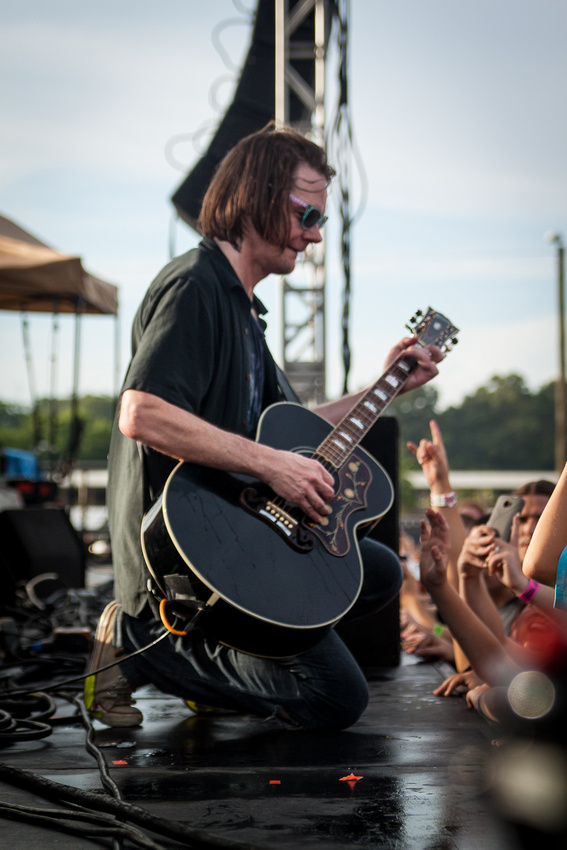