David Gray is an artist's artist. He has been around long enough now to know that making music is not all about the big monster hits. While he has had his share of them, Gray is now at a point in his musical career where he is making music on his own terms. For himself and by himself. The other things will work themselves out and Jacksonville was lucky enough to welcome him on the second leg of his "Mutineers" tour at the Florida Theatre on October 1st. First built in 1927, the Florida Theater is a majestic venue with crystal chandeliers located in downtown Jacksonville. It is one of the few remaining theaters in the US that display Mediterranean Revival Architecture with near perfect acoustics. In a very intimate setting with a capacity of 1900 there is no bad seat in the place. Surely, it was one of the smallest venues he was playing on this tour in the US. Typically in such a small setting the crowds can get noisy however, the audience was very attentive and courteous. Just the intimate setting alone made everyone feel compelled to be on good behavior. The acoustics were so excellent that a pin could drop and be heard. Fortunately, the staff security took their jobs very seriously and were quick at snuffing out talkers and to eject repeat offenders. 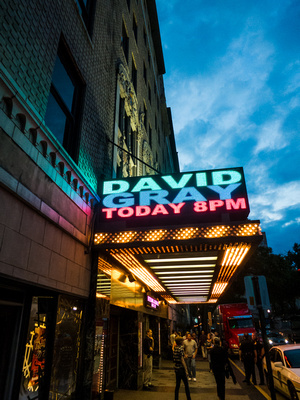 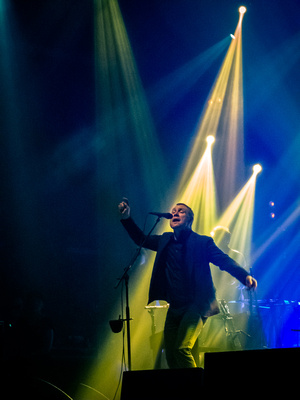 Leading up to the show there was some concern over Gray's voice. He had been making it known that it was beginning to have some troubles due to fatigue and I was not sure what to expect. Prior to this show he posted on social media that he would be limiting some of his more challenging songs including "Snow in Vegas" and " Alibi"  and that they would be temporarily omitted in the near future until his voice improved. Needless to say, his voice was a non issue. The show began with several new tunes off of Mutineers opening with the lovely "Birds on the High Arctic" followed by the upbeat " Back In The Real World" to get things going. After the new tunes, Gray began to delve into his musical library and dust off some old crowd favorites beginning with the always popular "Sail Away" off of the smash hit album "White Ladder" which ultimately launched his career into the stratosphere in 2000. (As a small side note, it should be noted that while "White Ladder" was re-released in the US in 2000 on Dave Matthews label, ATO, it was originally released in 1998 elsewhere. It's odd to think that by the time "Babylon" began to gain traction here in the US, it was already two years old.) 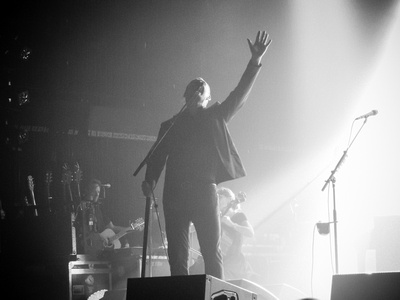 By mid set Gray began to open up and interact with the audience in between songs. Right before the quiet "Flame Turns Blue" he began with a story that inspired the song with a 5 minute tale which involved a bus driver named Toby, a groupie, a stolen tour bus, police and a walk through the woods over train tracks in the black of night. The expletive filled story was humorous and even now he seems to look back on it and laugh at just how outlandish the whole thing was.

"Nemesis" has proven to become a crowd favorite the last few years played live and when Gray and Co. began to perform this song we knew we were in for a real special gift. This has become his "Stairway to Heaven" and has changed from year to year constantly evolving becoming the dynamic show stopper it is today. "Nemesis" begins rather innocently enough and then rises to a climax only to fade away again into submission with Gray whispering lyrics from "Davy Jone's Locker"  quietly playing into nothingness. The audience sat quiet as a church mouse some ten minutes later in complete awe. It was certainly one of the most memorable concert experiences of my life and I am sure others were feeling the same way. Epic can only describe it's power. 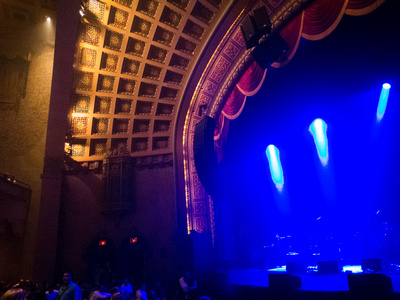 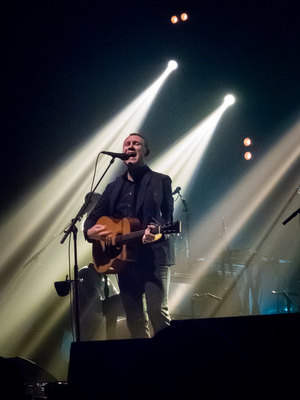 The bar had been set and by the time crowd favorite "Babylon" made it's appearance everyone was full smiles and ready to help out with light vocal duty. Playing just solo guitar, the song began with him singing while the audience sat back and enjoyed it. But when Gray asked for crowd support in singing they obliged eagerly with the chorus "Let go of your heart, let go of your head and feel it now" repeatedly which pretty much summed up the evening perfectly in a nutshell before launching into "This Year's Love".

Rounding out the night were the delicate "Life in Slow Motion" and the always crowd favorite "Please Forgive Me" which had everybody up and moving around while Gray jumped and shaked onstage with his infamous bobblehead nod. Sadly, the show ended somewhat abruptly and was only given a brief one song encore. More then likely the show ran past curfew and was forced to end quickly.

David Gray's performance was simply one for the ages. There are no words that can put into emotions how delightful and enjoyable this show was. He does not play Florida very often and when he does you must see him. In fact, this was only the second time in at least 12 years he has played Florida just to put it into context. If this show comes to your town do yourself a favor and go. You just might find yourself with a new favorite artist. I know I did.

For the full gallery of concert photography check it out here 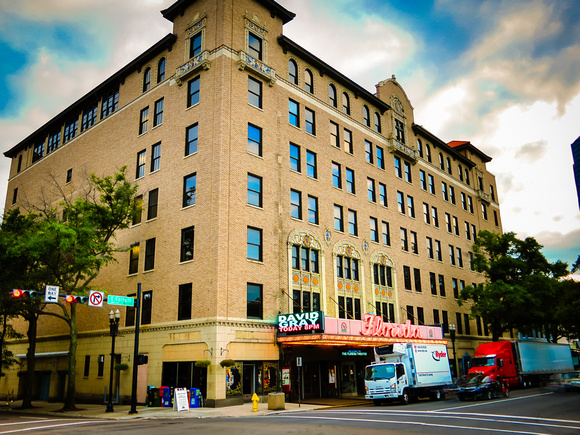