It has been 14 years since the debut release of "The Better Life" by 3 Doors Down. In that time span there have been lineup changes and multi-platinum albums in an evolving music world. On September 3, 2014 3DD brought their "Songs From The Basement" tour through Central Florida with a show at House of Blues Orlando. This tour which has been on the road since 2013 brings all of their songs stripped down to their bare bones and played acoustic in a cozy confined setting. Adding to the ambience of the show are the addition of two couches that sit on stage throughout the show allowing a few lucky fans who get to enjoy a very intimate performance from only a few feet away from the performance. I was not expecting a sell out show but was surprised to see a near capacity crowd filling nearly every nook and cranny  of the venue. Just the ability to move around was limited due to wall to wall people filling the place. However, the crowd provided some great energy that was well received by singer Brad Arnold who in turn gave back a very solid vocal performance overall. 3 Doors Down are one of those bands who have been around for awhile now who have quite a catalog of hits to work with yet you don't realize it until they start playing a song you know. Then another is played and then another until a whole show has passed and you realize to yourself "Damn these boys have some hits". Amid the crowd favorites such as "When I'm Gone" and "Here Without You", 3DD mixed in a couple of cover songs to add variety. The first was a rather surprising song choice but one that singer Arnold said " was a favorite of his growing up" back in Mississippi with a cover of Garth Brooks' "The Dance". The camera phones were up by many for this song as it also took me back to my formative years in the mid 1990's. Later, the band pulled out an excellent cover of Metallica's " Nothing Else Matters"  which the majority of concert goers were pretty enthusiastic to hear and a total departure from Brooks' cover. Mid point in the show it was hinted that after the tour ended the band were heading back into the studio to finish an album in progress and hope to have some new material out later this year. All in all there were about 90 minutes of hit songs played that were much loved and sung along to which culminated with the first #1 hit " Kryptonite". The tour is wrapping up after an extensive run so if you missed it chances are you won't see it again soon. If you were lucky enough to see this tour count your blessings as it was a real treat to see the songs bare bones. 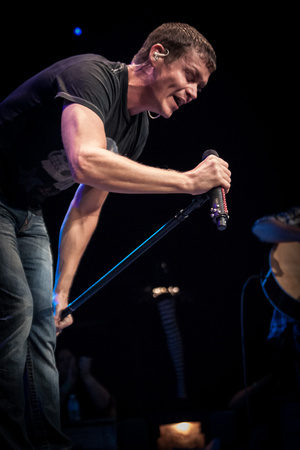 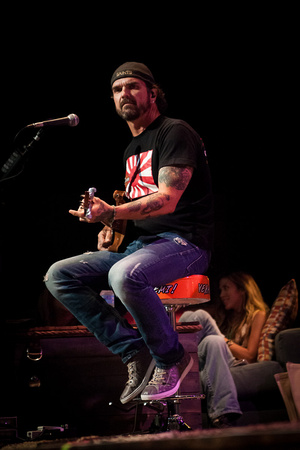 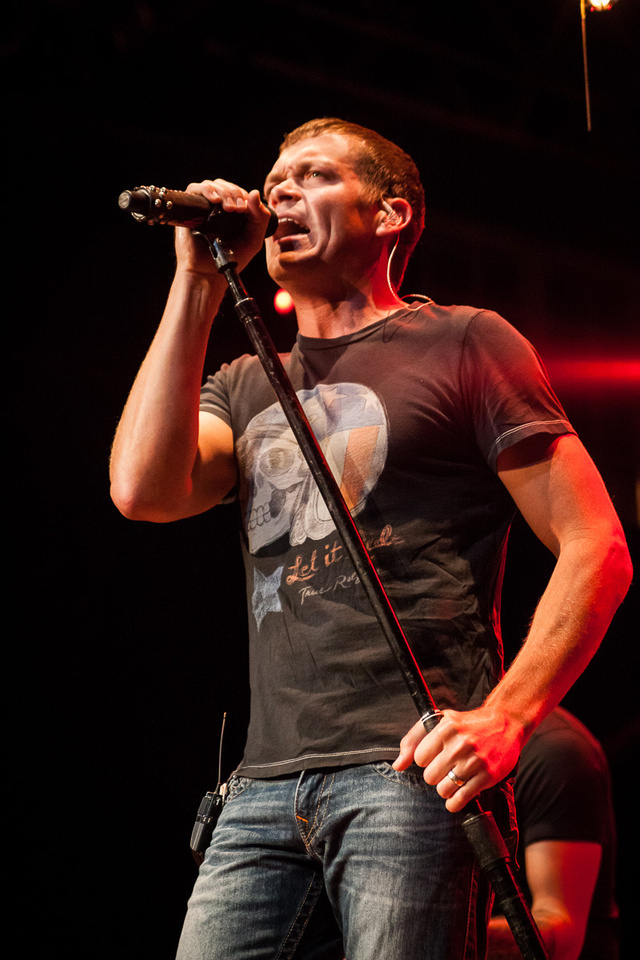