It has been many years since Canadian songstress Sarah McLachlan last played Florida but this week she finally brought her production to the St. Augustine Amphitheater for a much anticipated performance drawing off of last year's album "Shine On". The show was billed as an "Evening With" as there was no opening act to warm up the crowd. It looked as though this format may have caught many people off guard as the 7pm start left a vast sea of open chairs several songs into the show. 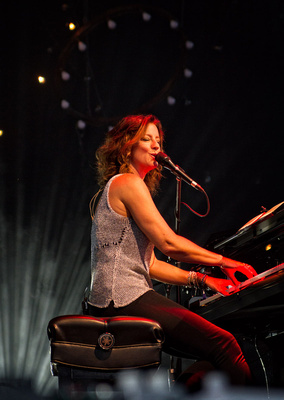 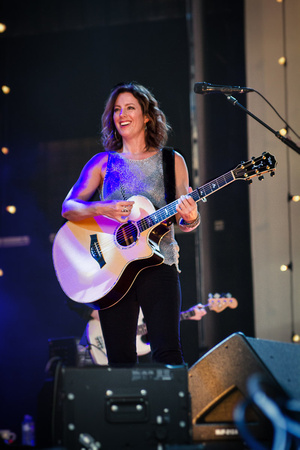 It was many years ago that I had last seen Sarah Mclachlan play on the tail end of her breakthrough "Surfacing" tour which brought her music to the masses. With several hit singles including "Adia", "Sweet Surrender" and " Building A Mystery" and an 18 month long world tour, I happened to catch her as she was road worn and flat. With very little spoken during that specific show I left feeling somewhat let down by the lackluster, mechanized production I had just seen and knew that this surely cannot be the show I heard about. Fast forward 18 years and the audience was treated to anything BUT lackluster and boring as Mclachlan belted out all of her best known tunes as well as working in some of the newer material to freshen things up for her. Throughout the night she was quite vocal and interactive with the audience in between songs often telling an anecdote about a song or just speaking her mind freely. In addition to her stories, this tour brought a new concept. As a point of trying to reach out and interact with her lifelong fans there was an online contest run through social media where concert goers were invited to write a short story about how they define "shining on". Winners were chosen for each show and invited up on stage for part of the show's set to sit in couches and chairs just a few feet away from Ms. McLachlan. Winner's were then given the opportunity to meet and talk with Sarah on stage and ask any questions they might have. This happened for the first set before intermission and then again after for the second half of the show. To make the show even more interactive all concert goers were invited to leave any questions they might have for her and to leave them in a box near the front of the venue. At a couple points in the show she reached into it and pulled out 4 or 5 questions posed by fans and gave very frank and humorous answers. 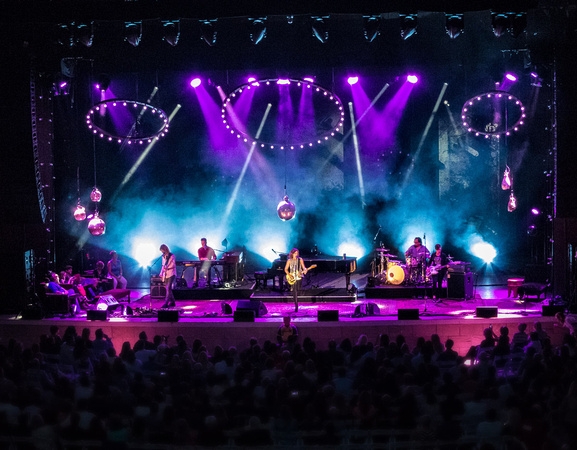 Coming right out of the gates with the new song "In Your Shoes" and going into "Building a Mystery" and "Adia" there was no delay in giving the fans what they paid for and getting right to the songs they knew. Highlights of the night included some absolutely mind blowing vocal work on "Fumbling Towards Ecstasy" and "Fear" and goose bump inducing electricity of "Possession" which really brought the crowd to it's feet. The encore included a 4 song set which included "Angel" and "Ice Cream" which got a very strong crowd sing along much to McLachlan's pleasure.

The St. Augustine Amphitheater never seems to disappoint. The quality of shows it attracts as well as the venue itself allows for attendees to have a great time in a gorgeous setting just footsteps from the shores of the Atlantic.

You can click here for the complete setlist http://www.setlist.fm/setlist/sarah-mclachlan/2015/st-augustine-amphitheatre-st-augustine-fl-63cb1693.html

For a slideshow of all the images you can click here. 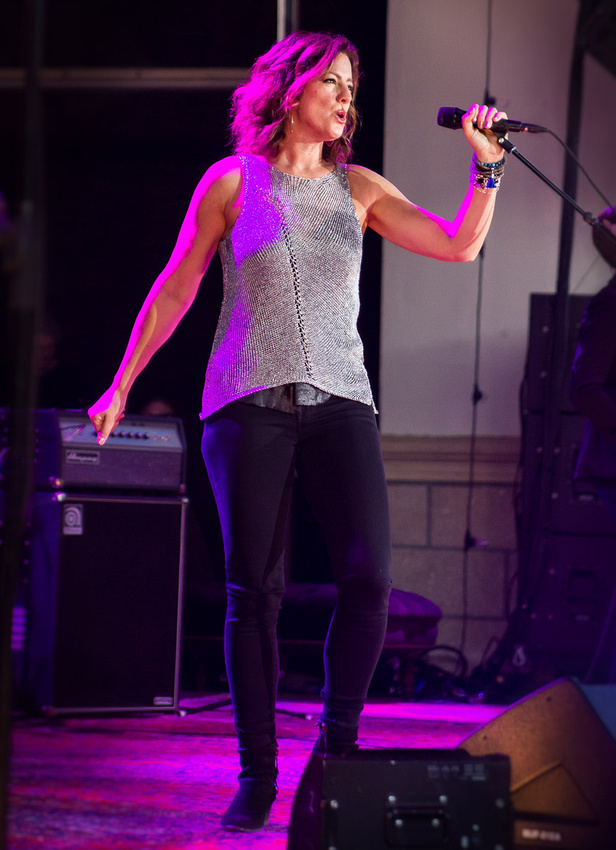