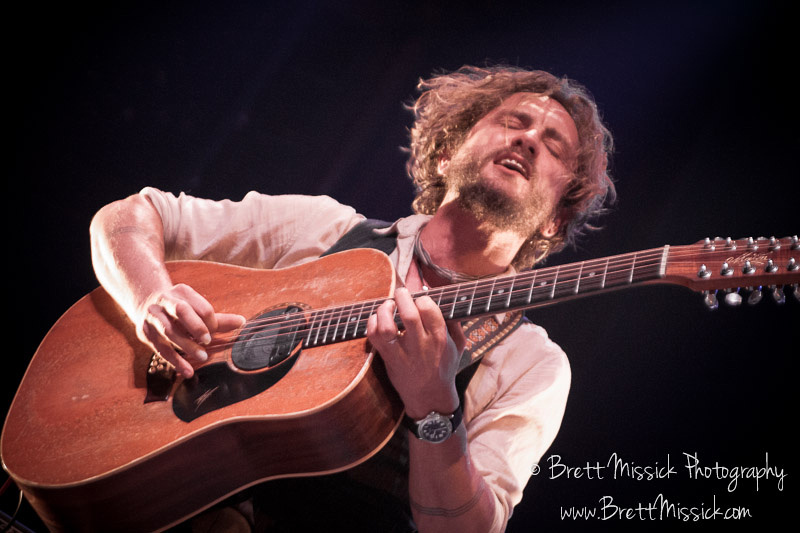 I will begin by saying that I have been a slacker when it comes to this blog. Two reasons mainly. One, my regular occupation has kept me fairly busy leaving little time to go do fun stuff like go to shows and shoot bands. Reason two is there have not been many bands coming through town between February and June. This is kind of a dead time of year when it comes to concerts in Central Florida. Of course, once summer touring season gets going then there is a show in town on almost any given night. Again though my occupation working nights keeps me from attending very few of these functions much to my dismay. This is why I was so stoked to hear that John Butler Trio was coming back the The States this summer. Unfortunately, again there were no shows in the Florida area so this meant road trip! My wife and I packed up our car and drove the 6 tedious hours north to Atlanta to see JBT again rock the Tabernacle. They were here in 2011 on almost the exact same day so it was almost like deja vu. Being a big music fan throughout my life I've always wanted to get to the "great music venues" big and small. I've been fortunate enough to say I've been to places such as The Fillmore in San Francisco, The Gorge Amphitheater in Washington State, Red Rocks Amphitheater, Saratoga Springs aka SPAC in New York State, The Fox Theater in Atlanta and also The Tabernacle in downtown Atlanta. Sitting next to Downtown Atlanta's Centennial Park, The Tabernacle is a renovated church turned music venue which provides music fans with not just a typical GA floor plan but also tiered balconies like such as what you would see in a theater. This provides music fans with many opportunities to experience shows if they want to get on the floor and right up close or sit back in the balcony and not fight the crowds. Either way, the venue is small and there is not a bad seat in the place. Additionally, there are small "lounge" areas adjacent to the stairwells in the balconies with furnished couches and chairs where you can just hang out and chill if the crowds or hear begins to get to you. I find that this was a cool and swanky feature of The Tabernacle personally.

So with the layout aside on to the show. SOJA opened up the show and to be honest I had never heard of them. What a great surprise we were given. Based out of the D.C. area, SOJA have been (apparently) around for years and will be playing opening act for both JBT and Dave Matthews Band this summer on select dates. SOJA brings funk and reggae but mostly reggae with a high energy. I will do another short review once I get to go through the images from shooting them. As for JBT, they came out of the door firing on all cylinders. From the opening note of "Used To Get High" to the crowd favorite "Ocean" to the finale of     "Funky Tonight" the crowd was into it from the start. Of photography note is that throughout the shows I have been able to photograph you start realizing that while you are indeed close to the artist in the pit, the views are not ideal for photography. Specifically, if the stage is tall enough you end up standing right under the artist which does not produce flattering images. Instead, you need to use the edges to your advantage by shooting from the side across stage. The other issue I ran into with this shoot is that while JBT were showing great energy, I was pestered by the mic stand and mic itself.  John Butler kept staying so close to it that in many shots the mic ran into his head no matter how hard I tried to find an angle to avoid this. As a result, many images were tossed despite capturing great facial expressions.

I was a bit surprised to hear many of the same songs from 2011 considering the catalog that JBT has to work with but having said that, was still very happy nonetheless with the setlist. I met many people while standing in line in the rain waiting to get in  that had never seen JBT and this was their first show. I've been fortunate enough to have been riding the JBT train since 2001 when they came through San Diego and played The Belly Up Tavern on one of their first US tours and I've been trying to spread the gospel ever since. In that time JBT has gone through a couple of lineup changes and is in what I now call JBT V3.0. Hopefully, it won't be another two years until their return to the US. Big thanks go out to the good people at Jarrah for allowing me to shoot this show once again. Click on the link http://www.brettmissick.com/jbt2013  for the full show images.