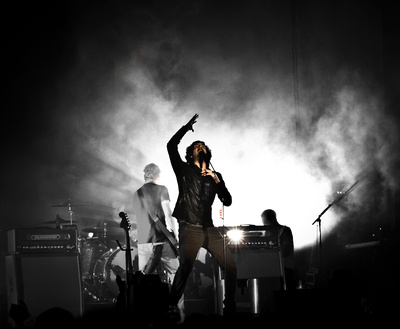 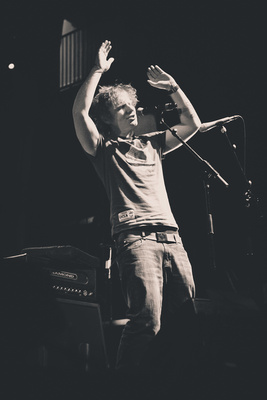 This is a little overdue but finally posting some of the shots from the Snow Patrol and Ed Sheeran show back in March or 2012 in St. Pete.  This was my first time seeing Snow Patrol live as they rarely make it to Florida but what a great show it was.  Jannus Live (Formerly known as Jannus Landing) has had a remodeling overhaul since my last trip to the outdoor concert venue. The stage has essentially been raised up to about 7 feet with a large amount of speaker stacks in front of it. Also for good measure the security space in front of the stage is about 3 feet wide essentially making it a tough place to shoot nice, flattering images of any artist as you are basically shooting straight up their nose. To get around this, all that I could do was try and shoot across the stage and get more wide angle shots instead of standing directly underneath the band. I am pleased with what I was able to get and want to extend a big thank you to the Snow Patrol publicists for allowing me to capture this show and for being so great to work with.

Opening the show was another young UK musician making one of (if not his first) trips to the US to perform, was a singer by the name of Ed Sheeran. Truth be told I had not heard of him or his music but as with most opening acts I was happy to get some shots of them. Come full circle and 10 months later and Ed Sheeran has been nominated for a Grammy this year for Best Song and has just blown up in terms of his success. This is why I love seeing the opening acts! In all honesty, he had more young girls waiting for him after his set to sign cd's, shirts, etc that were screaming as if he were one of the Beatles back in the day. Thanks for a great show you guys.

For the full gallery check it out here